How To Extend The Life of Your Used Engine

So you went ahead and purchased a used engine for your car or truck. If you dealt with a good dealer, then you now have a working part, at a decent price, with an acceptable type of warranty or guarantee. Congratulations, pat yourself on the back. Now, the trick is going to be to avoid damaging your engine or having to get a new one in the near future. Here are three tips to help you ensure that you extend the life of your used engine:

1. Do not repeat the past. If you did not care for your previous engine properly, do not do the same thing this time around. Take care of things properly.

2. Get the oil changed often and regularly. Go for premium service if you can afford it. It will extend the life considerably.

3. Regular upkeep. Take your vehicle in for checkups every so often. Get it done right.
Posted by Engine & Transmission World at 9:30 AM No comments:

‘Used’ is an underrated category when it comes to automotive parts, and really the entire automotive industry in general. All the advertising is about new this, new that, and the culture of cars says to replace your old car with a new one if you can’t get a part for the right price. Presumably, this part is new.

The truth is that used parts are often every bit as good as their new counterparts. They just come without financing plans to make the dealers more money in the long term. And you might note that we say ‘often,’ but keep in mind: just because a part is new, it doesn’t necessarily follow that the part will work.

Think about it. It’s the same reasoning behind why you’d want to buy a used car versus a new car. Used cars are simply cars made out of used parts, are they not? They’ve gone through their steepest devaluation period, and proven to be effective.

There is a question that has arisen, and it’s quite understandable: are used parts trustworthy? That is, can they be used successfully as part of a car? Will they hold up as well as a newer counterpart?

The short answer is yes.

The long answer is yes, but that said it’s not a guarantee. Not all parts are equal, and depending on where you get the part from there’s a chance that it hasn’t been tested, and that it hasn’t been given even a basic inspection to ensure its workability.

That doesn’t necessarily mean that newer parts are just automatically better. Nothing could be further from the truth - new parts haven’t gone through any of their devaluation at all, and that means that you have to deal with the expense of the new engine, and then further expense when it finally endures some problems.

Used parts are trustworthy, and you can use them.
Posted by Engine & Transmission World at 10:20 AM 2 comments:

Why to Buy Used Parts

You may have heard some financial advice at one point in your life, and it would have gone something like this: buy used cars. Used vehicles are done with their devaluation, and they’re often every bit as good and as useful as the new thing. Don’t buy into the hype that you need some kind of a brand new vehicle to make you happy.

That’s good advice. It’s true. Cars do most of their devaluing between the first and second years of ownership. This is when all the parts - factory tested, but not real life tested - begin to acquire the wear and tear that’s going to necessitate their eventual replacement. It’s been said that driving a new car is like driving with the windows down and throwing out hundred dollar bills every day.

At Engine and Transmission World, we agree with that assessment. We want to point something else out to you as well. Used cars are made out of used parts. Their engines are used, their transmissions are used, everything is used.

Those used parts are every bit as good as their newer counterparts.

So why does it make sense to blow money on a new part when you can get a used part with the same utility for less money? It doesn’t make sense, does it?

Doing sensible things with your money should be reason enough to buy used parts.
Posted by Engine & Transmission World at 2:46 PM 19 comments: 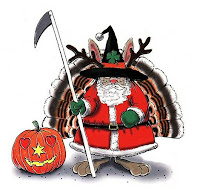 It’s that time of the year again. That time when the car companies are going to start advertising their cars with red ribbons and bows and all kinds of neat little fixings. Of course, they don’t like the fine print they have to put on the ads as well, but. It’s not a perfect world.

As we have for the past 24 years, we will continue to provide you with an alternative. Who says a used engine isn’t a great gift for the holidays?
Posted by Engine & Transmission World at 11:20 AM 3 comments: 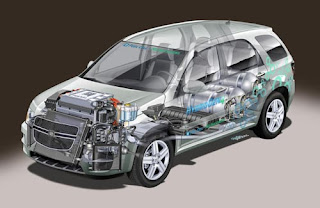 Engine and Transmission World is different from many standard parts of the automotive industry. It well and truly is. It’s different because it gives people a way to keep getting use out of their vehicles even after the textbook wisdom says to get rid of it and let it pass on.

This is true for both engines and transmissions. The engine, by and large, is a fairly robust part that doesn’t require much in the way of maintenance. Provided it is given the proper care, it will outlast the car and not the other way around. But if it needs to be replaced, this is a fine place to do it.

The same for the transmission. Because the transmission has to handle the power of the engine and its regulation, it’s arguably a more robust part since it has to take care of so much more. It is an important part, and rebuilding one or having one built for you can be expensive, exceptionally so. As opposed to a used replacement, which is in general not so expensive at all.